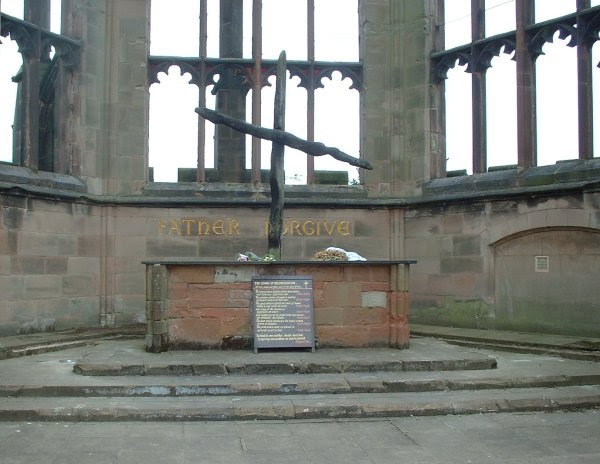 I realize that many of the debates within the Anglican Communion are painful, but what is perhaps most painful is the way that we see each other across fences of distrust. I've already pointed to the verbal abuse the Presiding Bishop is subjected to by conservative bloggers, but let's look at something more serious; here's a characterization of the Episcopal Church from Leander S. Harding, Associate Professor of Pastoral Theology at the Trinity School for Ministry:

It is widely thought here that the scriptures are intriguing cultural artifacts of the religious experience of time bound cultures but certainly nothing more than clues to how contemporary people might work out and recreate their own religion. Increasingly it has become clear that the majority who do indeed embrace a new spirit based and experienced based religion are not able to tolerate traditionalists in their midst. Religion is seen by the majority as primarily about “radical hospitality” and “inclusion” and “liberation.” Traditionalists are seen as contemporary equivalents of slave holders and betrayers of the central tenets of the new religion. I find it very hard to make a case on the basis of the revisionist theology as I understand it for the inclusion of traditionalists. Slave holders can be tolerated for strategic reasons but not for moral or theological reasons. We perhaps can be allowed as long as we do not try to extend our influence.

Sorry; long quote. But important, I think. Let's unpack it a bit.

First, I'm part of the "reappraiser" group he's talking about, and I recognize neither myself nor any of those I agree in the description. I believe in the Creeds, the Trinity, the Incarnation, the Resurrection--even the Atonement, although not in its "penal substitutionary" form. (That's grist for a future post, eh?) I stand with John Milton on the subject of strict predestination, but otherwise I'm pretty orthodox by all but the most rigorous Calvinist standard.

Second, I don't have the feelings toward conservatives that Harding describes. Oh, I get pretty upset with them, as witness this post, for example, but that's because I'm appalled at the extent of modern day suffering some of them are willing to inflict through coercive policies through the state (Yes I mean Peter Akinola and Martyn Minns). If a conservative wants to maintain a traditionalist position as an academic position, or argue that we should follow it in our church--well, I won't agree, but I don't need to to drive them out of the Church, either. I'll debate, civilly for preference, and hope that my view will prevail--or I should say (!), that in discernment, views will coalesece, and the will of God be known. In general, I want a strong traditionalist group in the Church to balance my own liberal views--to be sure that we hear the voice of the Spirit and not just of our selves. The tension, when not toxic, is healthy.

I think that one reason why we get heated, though, on the "reappraiser" side of the great divide surfaced in a discussion at Father Jake's. In discussing the pro-Iraq War position of many conservative Christians, I noticed that those defending the position were doing so on the basis that we have to look beyond a literal reading of Jesus's words, and focus on the overall message He was conveying. I asked "if it isn't a question of Scriptural authority, not unlike those on which the "reasserters" are splitting the AC? It's interesting how many reasserters find it easy to distinguish away the words of the Savior when they run counter to social "business as usual" (war) but then decree we must uphold with strict textual fidelity those words of St. Paul that serve the same social conventions."

My wording was harsh, perhaps, but I do think that there is something to the point: traditionalists have the difficulty of distinguishing between cultural mores and inspiration. It's hard--much easier to dismiss "reappraisers" as non Christians--easier than to ask where they would have stood in the early Twentieth Century on the traditional anti-Semitism of many Christian churches--a tradition tracing its roots through Scripture, the reasoning of Augustine, Aquinas, the Catholic Tradition (what price the Palio, eh?), as well as American and British anti-semitism. (Just read Dickens).

But that question is painful. So they depict us as neo-pagans with a love for social work. And, no doubt, we "reappraisers" can likewise caricature our "Worthy Opponents" and then grow unduly angry at those caricatures. I'm sure that we have been guilty of similar overstatement and lack of charity. It is one of the great, if costly, pleasures, after all, as Bernard Shaw had the repentant inqisitor explain in St. Joan:

You don't know: you havnt seen: it is so easy to talk when you dont know. You madden yourself with words: you damn yourself because it feels grand to throw oil on the flaming hell of your own temper. But when it is brought home to you; when you see the thing you have done; when it is blinding your eyes, stifling your nostrils, tearing your heart, then--then--

Then it is too late.

Perhaps we should all take a breath, and learn from the tragedy of Coventry Cathedral, bombed to a shell in the Blitz; the workmen fashioned a cross and set it where the altar had stood. Behind it, the wall of the ruined sanctuary reads, to this day, simply "Father, Forgive."

Must we wait until our church is destroyed, before we learn the lesson?
Posted by Anglocat at 12:09 PM