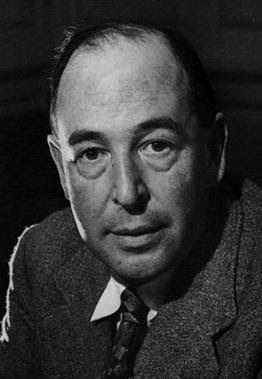 Many on the Anglican right have appropriated C.S. Lewis as an avatar of orthodoxy. I wonder if they're aware of his comment on John A.T. Robinson's
Honest to God (1963). Here's a snippet:

The Bishop of Woolwich will disturb most of us Christian laymen less than he anticipates. We have long ago abandoned belief in a God who sits on a throne in a localized heaven. We call this belief anthropomorphism, and it was officially condemned before our time. . . .We have always thought of God as being not only "in" and "above" but also "below" us....His view of Jesus as a window seems wholly orthodox (he that hath seen me hath seen the Father....Thus, though sometimes puzzled, I am not shocked by his article. His heart, though perhaps in some danger of bigotry, is in the right place.

Lewis also published in his marvellous collection They Wanted a Paper an essay titled "The Inner Ring", in which he warns of the dangers of belonging for the sake of belonging--and the concomittant pleasure of excluding:

In the whole of your life as you now remember it, has the desire to be on the right side of that invisible line ever prompted you to any act or word on which, in the cold small hours of a wakeful night, you can look back with satisfaction? If so, your case is more fortunate than most.

My main purpose in this address is simply to convince you that this desire is one of the great permanent mainsprings of human action. It is one of the factors which go to make up the world as we know it—this whole pell-mell of struggle, competition, confusion, graft, disappointment and advertisement, and if it is one of the permanent mainsprings then you may be quite sure of this. Unless you take measures to prevent it, this desire is going to be one of the chief motives of your life, from the first day on which you enter your profession until the day when you are too old to care. That will be the natural thing—the life that will come to you of its own accord. Any other kind of life, if you lead it, will be the result of conscious and continuous effort. If you do nothing about it, if you drift with the stream, you will in fact be an “inner ringer.” I don’t say you’ll be a successful one; that’s as may be. But whether by pining and moping outside Rings that you can never enter, or by passing triumphantly further and further in—one way or the other you will be that kind of man.

I wonder how many of our Anglican furious excluders are Inner Ringers, or aspirants to that status, who fear the loss of prestige, position, or acceptance? And I wonder how many of those who bridle at what can seem on the surface to be heresy have tried to meet it with the breezy self-assurance, and sympathetic tolerance, of Jack Lewis?
Posted by Anglocat at 3:19 PM 2 comments:

[St. Columba, encountering Nessie about to devour a swimming Pict(!)] raised his holy hand, while all the rest, brethren as well as strangers, were stupefied with terror, and, invoking the name of God, formed the saving sign of the cross in the air, and commanded the ferocious monster, saying, "Thou shalt go no further, nor touch the man; go back with all speed." Then at the voice of the saint, the monster was terrified, and fled more quickly than if it had been pulled back with ropes, though it had just got so near to Lugne, as he swam, that there was not more than the length of a spear-staff between the man and the beast. Then the brethren seeing that the monster had gone back, and that their comrade Lugne returned to them in the boat safe and sound, were struck with admiration, and gave glory to God in the blessed man. And even the barbarous heathens, who were present, were forced by the greatness of this miracle, which they had seen, to magnify the God of the Christians.

How do you not love a saint who encounters a Great Myth (apparently in an unusually ferocious mood; Nessie is usually described as shy), rescues its victim, and then doesn't feel the need to kill the dragon? I'm reminded of Robertson Davies' book World of Wonders, where it's suggested that the best saints do not kill the dragons they encounter, but rather domesticate them--meaning, of course, that they don't kill off their shadow sides, but confront them, master them, and come to terms with them, even accept them.

There's a lot happening in the Anglican world just now, but it's mostly feinting and preparing for the much anticipated "Battle of Lambeth."

I find that I have nothing to say about it, just now. The public posturing of the various participants (and the non-participants) may or may not reflect the behind-the-scenes activities in the run-up to Lambeth.

Meanwhile, in my garden (the metaphorical one) what's going on? My discernment process is in a brief (I hope!) hiatus, and a long-standing personal crisis nears its culmination. On the former, the pragmatic factors seem to strongly urge the diaconate (and I can quite easily see myself in a justice ministry), but the academic pull of seminary is strong--so I have a lot of reflection to do.

On a more positive note, I'm teaching at church a seven week class this summer on Inge's 1899 Christian Mysticism, and reading up in preparation.

Courtesy of Thinking Anglicans, I see that Bonnie Anderson is defending the function of the episcopacy in the American church, responding to Archbishop Rowan Williams' Advent Letter from December, 2007. Anderson's concern is raised by the Archbishop's statement that:

A somewhat complicating factor in the New Orleans statement has been the provision that any kind of moratorium is in place until General Convention provides otherwise. Since the matters at issue are those in which the bishops have a decisive voice as a House of Bishops in General Convention, puzzlement has been expressed as to why the House should apparently bind itself to future direction from the Convention. If that is indeed what this means, it is in itself a decision of some significance. It raises a major ecclesiological issue, not about some sort of autocratic Episcopal privilege but about the understanding in The Episcopal Church of the distinctive charism of bishops as an order and their responsibility for sustaining doctrinal standards. Once again, there seems to be a gap between what some in the Episcopal Church understand about the ministry of bishops and what is held elsewhere in the Communion, and this needs to be addressed

Anderson draws from this statement, and the fact that the responses to the second draft of the proposed Anglican Covenant is to be provided by the bishops, a concern that the American polity will be brushed aside, and bishops invited to aggrandize themselves. I can't say that she's wrong.

It's an interesting question, whether the Archbishop's rather high view of the episcopate should be or even can be a required one within all constituent members the Communion. I think, in view of the variety of views expressed within the Church of England (see, e.g., The Historic Episcopate, ed. Kenneth M. Carey (1954); K.E. Kirk, ed. The Apostolic Ministry (1947)), Abp. Williams's apparent suggestion that the role of the bishops inherently carries with it and even requires a certain ability to act unilaterally may be difficult to maintain as an item of faith. (In his contribution to the former, J.A.T. Robinson makes the interesting point that the result of a too-high episcopate is to isolate the bishop from the Church, to the detriment of both).

Well, we'll see how doctrinaire the Archbishop is, or whether indeed he intends to pursue this issue. And further study of this issue is warranted. In the meantime, I suspect that Fr. Tobias Haller's comment on TA that "[i]t isn't just that we are divided by a common language, but a common episcopate, it seems" may be the best one can say.
Posted by Anglocat at 6:59 PM No comments: