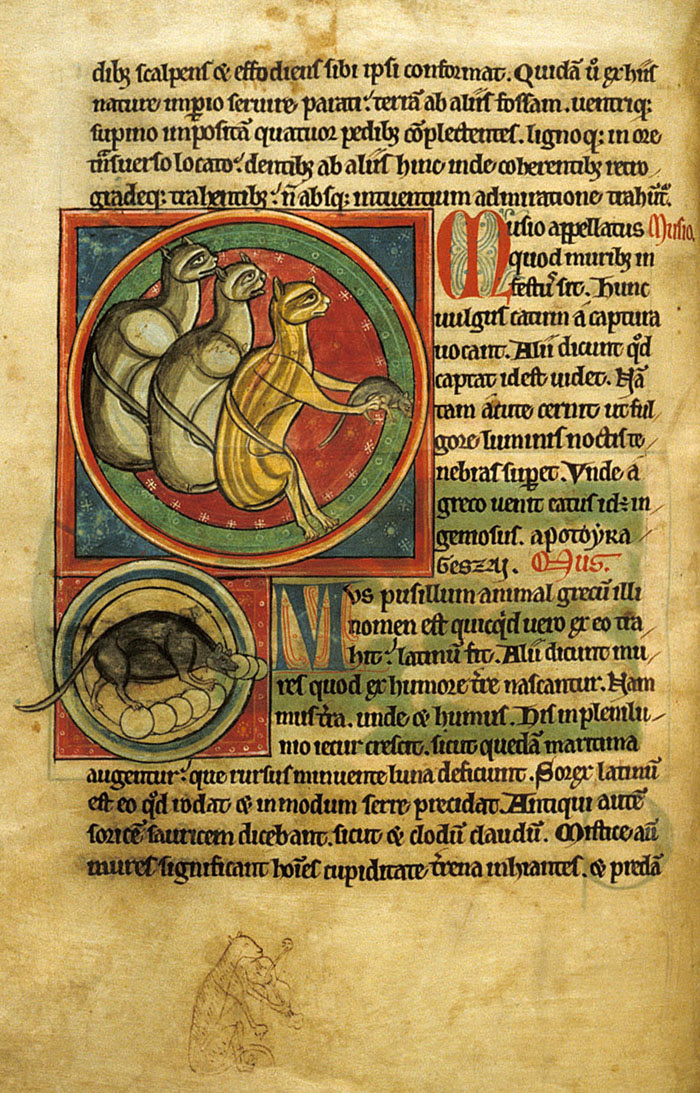 The above image is from the wickedly clever entry, LOL Cats of the Middle Ages over at the British Library's Medieval and Earlier Manuscripts blog. I particularly love (follow the link to the original and then click to embiggen for best view) the little cat at the bottom of this first image, who is auditioning to play an instrument. He reminds me a little bit of the recurring cat in the medieval manuscript in Susan Howatch's Starbridge novels, described in Scandalous Risks as "a doodle in our most famous manuscript, one of the earliest copies of St. Anselm's Prayers and Meditations. The first Bishop of Starbridge somehow managed to extort it from the monks at Canterbury.” (the image is described as "an exquisite little painting of a cat with a mosue in his mouth.") Or, as the British Library post suggests, he could be the ur-Keyboard cat.